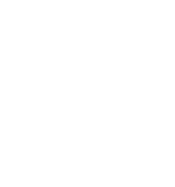 There are many variations of passages of Lorem Ipsum available, but the majority have suffered alteration in some form, by injected humour, or randomised words which don’t look even slightly believable.

Phuket was one of the major Peranakan Chinese cultural centrals, along with Singapore, Malacca and Penang, the dramatic growing Of tin mining business in early 19th century, luring in a large number Of Chinese merchants from the China mainland. It was led to the constructions of Sino-Portuguese mansions and shop houses in the Phuket town. Some of the them are now open as a boutique hotel.

One of Phuket’s most famous viewpoints with a spectacular view of the city and a comfortable , grassy spot for picnickers with a bronze statue to the forward – thinking Governor of Phuket during King Rama V’s reign, Ratsada Korsimbi Na Ranong.

The most famous and sacred temple in Phuket as it was the residence of a respected monk Luang Po Cham, who took part helping people during the Chinese Coolie Rebellion in 1876 during the reign of the King Rama V. Locals and visitors usually visit the temple

Enshrined in the top of Nak Kerd Hill is “Phra Phuttha Ming Mongkhon Ekkanak Khiri” which is commonly know as Phra Yai (“The Big Buddha” ) referring to the size of this Phuket’s largest stature of Lord Buddha. The 45 – meter – tall Buddha statue was structured with reinforced concrete and then covered up the surface with white marbles so it sits sparking underneath the sun. It is the newest religious landmark of Phuket revered by locals and visitors.

One of the most famous sunset viewpoints in Thailand. At the cape there is also another important landmark – the Kanchanaphisek Lighthouse. The lighthouse was built in celebration to HM the King,s 50th Birthday Anniversary.You can take beautiful pictures and buy some souvenirs here.

Phuket Fantasea is acknowledged together of Phuket’s most preferred traveler attractions, thus we often tend to plan our trips there. Set at the north finish of Kamala Beach that is a few 20 – minute drives frome Patong, this established to be a fun evening out with the youngsters. Phuket musical composition permits you to induce a feel of exotic Thailand culture , build over 140 acres the funfair empowers you to indulge in numerous activities and is filled with numerous multitude of activities sort of a carnival village with games, eating place with four thousand capaciousness to  supply numerous Thai and international preparation with numerous handicraft outlets to from your searching simple.